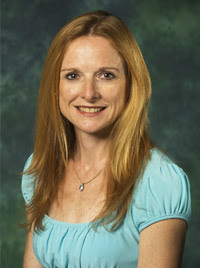 Many Americans only dream of attending an Olympic games in person.

But Karen Cogan, an assistant professor of psychology at UNT, has been invited to the Olympics three times to support U.S. athletes.

As a sport psychologist with the U.S. Olympic Taekwondo Team this year, Cogan will provide a listening ear and helpful advice to team members competing at the 2008 Summer Olympics in Beijing, China. She traveled with team members and their coaches to Beijing for an Olympic test event after attending a qualifying event to select the team members last year.

Cogan already has witnessed sport history made at two Winter Olympics – Salt Lake City in 2002 and Torino, Italy, in 2006. As a sport psychologist with the U.S. Freestyle Mogul Team, she helped to provide support to the coaches and athletes - including silver medalists Travis Mayer and Shannon Bahrke in 2002 and bronze medalist Toby Dawson in 2006.

"One of the administrators with the mogul team is now an administrator with the U.S. Olympic Training Center, and he recommended me to the team because I had done good work with the mogul team," Cogan says, adding that she accepted the job as sport psychologist in the 2008 Olympics even though she knew nothing about taekwondo, a Korean martial art and combat sport.

"I asked a lot of questions and learned the terminology. Just by watching, I picked up a lot of things," she says.

Taekwondo is famed for its use of kicking techniques, which distinguishes it from martial arts such as karate or southern styles of kung fu. Under Olympic rules, sparring takes place between two competitors in an area measuring 10 meters square. Each match or bout consists of three nonstop rounds of contact with rest between rounds. Points are awarded for permitted, accurate and powerful techniques to the legal scoring areas; light contact to a scoring area does not score any points.

Cogan says mental preparation and training for taekwondo athletes is, in some respects, very similar to that of other athletes, including the mogul skiers she's counseled.

"Personal issues and anxiety can get in the way of best performances. There's also pressure from well-meaning family members and friends who want to get tickets to competitions and have other requests, and the ability to handle media attention," she says.

Cogan works with athletes on:
"I help them devise some sort of plan or routine leading into the competition that becomes more personal for each athlete," she says.

With the mogul team, Cogan helped competitors who were frustrated with lack of practice time on a course. She pointed out that the team had to make special arrangements before the competition season to go someplace where there is snow, and hope that there is enough snow for training.

"They're lucky if they get 40 days on the snow during the training camps in a year," she says.

Instead of worrying about training conditions, taekwondo athletes may feel anxiety over their opponents, having to anticipate the others' techniques, and over scoring. Unlike mogul skiing - in which athletes compete for the fastest speed down a 27-degree hill that is between 755 and 885 feet high - taekwondo is "a very subjective sport" for scoring, Cogan says.

"Even if you have one of the best fights of your life, you can still lose based on the scoring. And coaches have believed there has been some bias against the U.S. by judges in the past, so it's hard for an athlete or coach to stay focused when he or she doesn't believe a fair call has been made," she says. "The competitions are also single elimination, so if the judging isn't fair, the athlete doesn't have a second chance."

Cogan says her biggest challenge with the taekwondo team, which has not had a formal sport psychology program in the past, is building strong enough relationships with the coaches and athletes so that they feel comfortable to talk to her, but not be intrusive. She has already conducted several interventions with team members.

"I have provided them with a firm foundation of mental skills, and now we are down to maintenance as they go into the Olympics," she says.