The Psychology of Reality-Based Self Defense 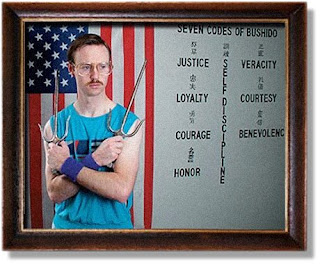 The Psychology of Reality-Based Self Defense
By Dr. Randy Borum
(Article first published in Black Belt Magazine, October, 2008)
You have seen the advertising headlines. They prey upon the nagging fear that maybe you and your family will be violently attacked by a stranger “on the street.” They promise you life-saving “secrets” that will give any middle-aged business traveler the defensive acumen of an elite military operator. All contained in a set of DVDs. This has become the marketing platform for many of the so-called “Reality-Based” martial arts programs. Can the promises live up to the hype? Here are a couple of ideas to consider:

Learning to defend yourself requires training for self-defense: This may seem like the ultimate obvious point, but it carries two important implications. First, effective self-defense preparation requires actual physical practice – quite often, a lot of practice – to assure proper execution of even a couple of basic maneuvers. Based on what is known about human performance and motor skill learning, it would be nearly impossible for someone simply to read about a technique in a book or even watch it several times on a video, and then be able to perform the skill correctly. When you factor in the stress of being in a life-threatening situation, the chances of doing it right dwindle even further. Repeated and ongoing physical practice is a necessary condition for self-defense training. The DVDs may contain some great moves, but without a lot of physical practice, they probably won’t work for you when you need them.

The second implication is that training to defend your life can be quite different from training to master a particular martial art or fighting system. There is a mythical motto often heard in law enforcement and military combatives training that “under stress you will revert to your training.” This is only partially true. Under stressful or threatening conditions, your dominant response emerges. Getting the trained response to be the dominant response takes practice.

Just knowing a technique will not make it an automatic response. It is quite possible even to train a skill, but not be able to perform it if attacked. When I was a police officer (before I was a psychologist), I knew of multiple situations where a professional who had demonstrated classroom proficiency in defensive tactics and qualified as “expert” on the range could not apply either skill under high-risk conditions. Law enforcement has since moved to using more active, dynamic, scenario-based training. This is essential for transferring defensive skills to unpredictable, life-threatening encounters.

Self-Defense requires learning how to respond to an attack: We have established the point that getting your body to respond properly to defend you will require that you engage in physical practice and train under dynamic, unscripted conditions. Your brain has to work too, though. An advantage of training in reality-based systems is that you can gain experience getting hit and attacked. Believe it or not, this is an incredibly valuable experience – at least from the perspective of self-defense training. In a violent encounter, fear is not necessarily your enemy. Panic or “freezing” might be. You definitely need to keep your head in the game.

For most Americans, the statistical likelihood of being violently attacked by a stranger is is pretty remote. And most of the good people who read Black Belt Magazine certainly aren’t going to go looking for a fight. But some coward, drunk or bad guy hunting for trouble may cross your path, and chances are they will not be looking to fight fair. For many normal, law-abiding people, the experience of being hit in the face the first time is shocking and disorienting. Those moments of dismay when you are reflecting on the pain in your cheek or asking “What the hell????” are the moments your attacker is delivering the second or third blows. You may have lost before you even have a chance to think of that super-cool move you just learned on your new DVD set. If you are attacked, keeping your mental composure is every bit as important as knowing self-defense techniques. You must prepare to act under attack.

Find out what works for you. Some reality-based programs tell you that they are based on “natural” or “instinctive” human reactions. Others claim to have universal principles that are guaranteed to work in any situation. The reality (pun intended) is that situations vary and people who want to defend themselves are different from one another. When it comes to learning self-defense, one size does not fit all. Human beings are pretty complicated. Not everyone has an inner, violent barbarian just waiting to be unleashed. History is full of examples where armed people were killed by their attackers, even when they had opportunity to use their weapons.

If you are shopping for a self-defense system, you need to set realistic expectations about what you hope to accomplish based on the time you are willing to invest in training and on what feels right for you. Remember the power of the dominant response? Psychological theory and research show that people decide whether or not to act depending on whether they think can execute a skill effectively and whether doing so will cause them to be successful in accomplishing a goal. You need to develop confidence that you can respond in a particular way to an attack and a belief that it will work. This is part of what you hope to accomplish through repetition and practice in dynamic scenario-based training. Does it feel “natural” or do-able for you? Can you see yourself responding in this way under an actual attack? If not, perhaps that particular system is not a good fit for you.

There is no quick fix, or one-size-fits-all system for effective self-defense. Even carrying a weapon does not assure your survival. If your goal is self-defense, you should train specifically for that skill – not just for practicing an art. Regardless of the method or system you choose, it will be important to consider the critical role of maintaining mental composure and preparing to survive and respond to an attack. Finally, you should make sure that you have confidence in your approach to self-defense and in your ability to use it under the most stressful conditions. That is when you will need it most – really.