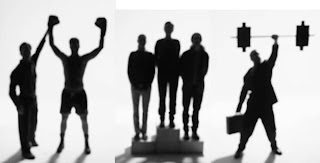 In their book, Martial Arts Mind & Body (Human Kinetics Press, 2000), Claudio Iedwab and Roxanne Standefer describe martial arts as “the original mind and body experience.” Historically, they say, striking and defense techniques in the martial arts were just a method or vehicle for learning to integrate mind and body. In essence, the martial arts evolved as a path to personal development, not principally as a technique-driven means to teach people to fight.

It makes sense to teach people to defend themselves. But research shows that most people seek out martial arts training – like motivations for other sports - looking for health benefits, social benefits, and skill development. Martial arts participants, however, - more than in other sports - tend to rate character development, increasing perseverance, and integrating mental and physical health as important reasons for their participation.

Some people who want to learn self-defense are seeking the confidence and inner security that comes from knowing they can do it. The late Ed Parker, founder of American Kenpo, has been quoted as saying: “It is not danger that causes us to be afraid, it is the fear of danger.” Self-defense students often want to know that they can perform under pressure and that they will respond to peril with courage and sound judgment. That’s a character skill that can come in handy in a variety of situations, not just a personal attack.

The Martial Arts are filled with skills and lessons that can enhance our general well-being and help us perform better in many areas of our lives. Have you ever set a goal to attain a particular ran, then made a plan and successfully followed through? Have you persisted in sparring or training when you were tired and just wanted to rest? Have you ever been frustrated with an instructor or training partner, but took a deep breath, put the emotions aside and continued working? Many of the demands and challenges you face in your gym or dojo require the same skills as the challenges you face at work, in the classroom, or in social interactions. The lessons you learn in martial arts training can teach you something about life.

Rodney King – founder and director of the Crazy Monkey Defense Program (crazymonkeydefense.com) – believes in using martial arts – not just for fighting or self-defense- but as vehicle to help his clients face challenges more effectively and achieve to their potential. King has recently developed a program called Martial Arts-Life (MA-Life) to span the gap between martial arts teacher and life-skills consultant. At the heart of King’s coaching program is what he calls the G.A.M.E. approach, which has Grounding in the client’s existing strengths; develops Attitudes that build resilience and facilitate peak performance; and helps clients boost their Motivation to prepare and Execute a personal plan for success.

Does the integration of self-defense and life skills signal a new trend in martial arts training? I don’t know. Rather than paving a new path, in many ways, it seems to bring martial arts back to their conceptual origins.

Consider the journey of Kano Jigoro, a pioneer in creating the modern discipline of Judo in 19th Century . As a frail and physically slight teenager, was often teased and bullied and wound up on the losing end of many scuffles. He resolved to learn jujutsu to defend himself. As Kano evolved as a student and teacher – assembling elements from existing arts ultimately to create his own – he insisted that the word Judo was not only a “martial art, but names a principle applicable to all aspects of human existence” and that the ultimate goal of training should be to “perfect oneself and contribute something to the world.” Through his own training, had learned to use martial arts both as a metaphor and a vehicle for personal development and social consciousness.

In the modern era, numerous research studies in psychology and sport science have shown that lessons learned in martial arts can apply to life. Among the physical benefits – aside from fitness - studies have shown that martial arts training may improve body image and enhance physical self-confidence. Research evidence also shows improvements in self-esteem, autonomy and positive response to challenges. All of these things may also contribute to well-being.

Importantly, research on martial arts training has fairly consistently found positive benefits on “self-regulation.” Psychologist Roy Baumeister calls self regulation “the process by which the self alters its own responses, including thoughts, emotions, and behaviors.” That concept is one the most important psychological processes in all human development. It is the foundation for our performance in nearly everything we do. It is the mechanism by which we think, feel and do the right things at the right time. Self-regulation also drives “self-discipline,” which many psychological studies have found to be perhaps the single most important ingredient in determining success – more than self esteem or even pure intellect. And martial arts can help us develop this.

At the end of your next training session, try a quick exercise in reflective learning. First, write some notes to yourself about what you learned that day – maybe that includes technique and strategy, but reflect also on what you learned about yourself and how you perform. Then, think through some non-training situations where you could apply those lessons - maybe to improve your mood, to perform better, or to navigate a particular relationship. Use your martial arts training not just to feel confident or to defend yourself, but to learn to succeed in life.

Wow! its a nice article about martial arts.The Martial arts are filled with skills and lessons that can enhance our general well-being and help us perform better in many areas of our lives. Have you ever set a goal to attain a particular ran

I am not a person who has believed in martial arts myself, but the experience of the son of one of my best friends might change my mind. The young man has always been interested in body building and everything related to the military, police work, etc. He has taken a couple of martial arts courses and he told me he bought a video that probably saved his life. He was about 20 when he was attacked by two men on the street. Though he was badly beaten, he is proud that both of the attackers ended up knocked out cold and in the hospital, under police surveillance. While the young man is physically fit, he is not necessarily someone who would be held up as a model of fitness. I'm proud of him and more sold on the value of martial arts in everyday life. The video he bought, he told me, is called ACT. I have a security web site; I made sure I stocked it. You can see more on it at www.yoursecurityandsafety.com/act.htm#ACT

Recently I visit your blog and got some useful information regarding martial arts supplies.Your blog is a very good source for martial arts equipment and other type of arts and am agree with your thoughts that's Martial art is one of the best ways for self defense and can be learnt very easily. Once you know the Techniques involved in Martial Art you will be able to protect yourself from any danger.

Recently I visit your blog and got some useful information regarding martial arts supplies & Sparring Gear.Your blog is a very good source for Martial Arts Sparring Gear and other type of arts and am agree with your thoughts that's Martial art is one of the best ways for self defense and can be learnt very easily. Once you know the Techniques involved in Martial Art you will be able to protect yourself from any danger.

Nice, I guess martial arts go further than sport can go because it involves just more than a fighting game but an education of sensibilities, psychological skills, yeah, a lot of research can come from this...my experiences are in capoeira and jiujitsu in Brasil..thx a lot, fabio

It's nice to read an intelligent article about the importance of the mental side of sports. This is not something fully accepted by our Western culture, even though coaches in all pro-sports emphasize this in their training programs.

As an author on Marathon Training I frequently stress the mental side of the sport, not just as it relates to running but also the need to achieve a life balance.

This article is magnificent.I totally agree with you. It is also helpful to keep in mind that you can also accomplish anything accomplished by another person. One must also know their objective or desire specifically to develop the proper mind set of I can and I will accomplish this goal. So basically being aware of the here and now with a success oriented mindset along with a sense of urgency is the whole idea behind sports psychology.
Thanks
Alliance BJJ

“The Martial Arts are filled with skills and lessons that can enhance our general well-being and help us perform better in many areas of our lives. “ – This one statement tells it all. It simply proves that martial arts can be very useful especially when it comes to self-development, discipline, and encouraging compassion, humility, patience, and peace within themselves.

Your blog has some really useful information.

Glad that I've found this article=)

The information here are very timely and relevant. Indeed, discipline and building character are the cores about MMA and MMA training.

Thanks for sharing, I am learning so much from your post.

Learning martial arts has been one of the way on how to defend ourselves and other people in times of need (such as bullying).

Interesting blog. This is one of my favorite blog also I want you to update more post like this. Thanks for sharing this article.
Martial Arts training centers in Chennai

Hi, I've been reading the weblog a couple of days and merely wanted to say that the way with words is top notch. All the best.
Jiu Jitsu, Illinois

Very informative post. I really do hope and pray this stuff works.Thank you. Anti Bulling defence in San Antonio

I found these very interesting article. Thanks for the valuable information! Fitness Center in San Antonio
Martial Arts School in San Antonio